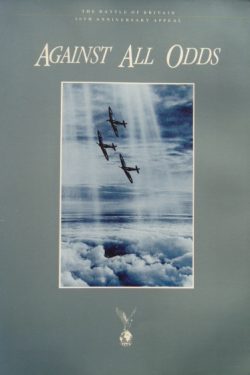 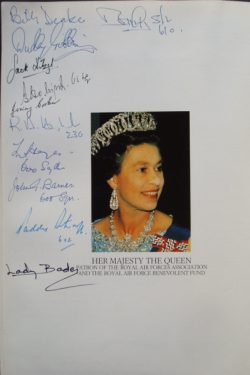 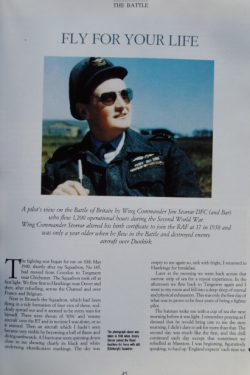 Multi-Signed by Battle of Britain Pilots

Signed by Lady Bader and 10 of ‘The Few’

Near Fine condition A4 size softcover book. Clean, bright and tight.  A super copy despite being over 30 years old.

Published to raise money for the ‘Reaching For The Sky’ 50th Anniversary Battle of Britain Appeal in 1990, this impressive and weighty publication is a tribute to The Few and to the Many that supported them.  It tells the story of the Battle from a variety of viewpoints and reflects the experiences of aircrew, ground crew and those who served in a supporting role. Articles cover such diverse topics as pilot’s recollections, fighter evolution, Bomber & Coastal Command contributions, radar, the Blitz, ground crews, factories, ATA, Women in uniform and at home, the Allied forces, modern day perspectives and developments and finally the recollections of various celebrities who served with the RAF during the war.

A very readable Battle of Britain book with plenty of interesting information and insight enhanced by a neat collection of signatures.