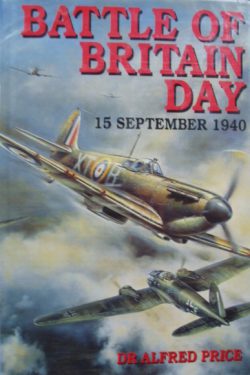 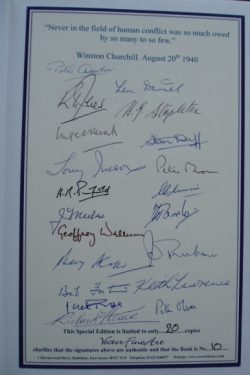 Fine condition hardback book with a similar condition dustjacket in a blue slipcase.  As new.

A sequel to his earlier book ‘The Hardest Day’, this book focuses on the events of 15 September 1940 – commemorated each year since as ‘Battle of Britain Day’ – the Luftwaffe mounted two huge daylight raids on London.  Dr Alfred Price’s definitive book, based on interviews with nearly 70 people involved as well as official records, is the only full-scale work on the events of this pivotal day.