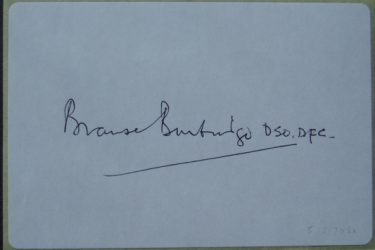 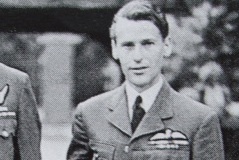 Wing Commander Bransome Arthur “Branse” Burbridge, DSO* DFC* (1921 – 2016) was the Royal Air Force fighter pilot who holds the Allied record of 21 night aerial victories achieved during World War II, together with his navigator Bill Skelton, including 4 in one sortie.

Branse Burbridge was brought up a Christian and a staunch pacifist. At the outbreak of World War II, after anguished soul-searching, the 20 year-old finally decided that it was his duty to fight for his country alongside other young men of his age. Branse trained as an RAF pilot and became the most successful night-fighter of the war, winning two DSOs and two DFCs among other medals for gallantry. At the end of the conflict, however, the dashing young air-ace turned his back on what promised to be a glittering RAF career to devote the next 50 years to the service of God.