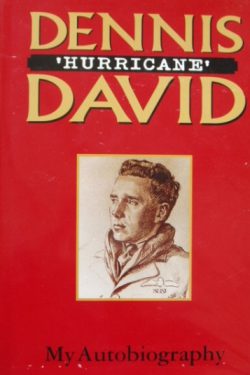 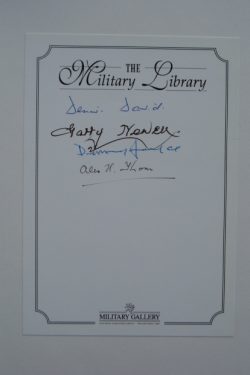 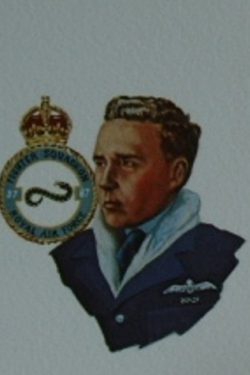 Dennis David had what was termed ‘an active war’, especially during the Battle for France and the Battle of Britain, becoming an Ace with over 15 victories and winning 2 DFCs in 5 days. His post war career was equally distinguished and throughout his 30 years in the RAF as a fighter pilot, staff officer, aide and Air Attache, Dennis never lost his nose for a good story or whimsical occurance, in most of which he himself was involved.

Additionally signed by Garry Nowell, Dennis’s wingman during the French battles and himself a distinguished ace with 10+ victories.  ‘Dimmy’ Joyce was in the thick of the fighting and was shot down on 14th May subsequently losing a leg to gangrene as he was evacuated through France. Alex Thom joined 87 Squadron during the last month of the Battle of Britain and stayed with the Squadron into 1941.

A nicely signed bookplate in a very entertaining memoir.