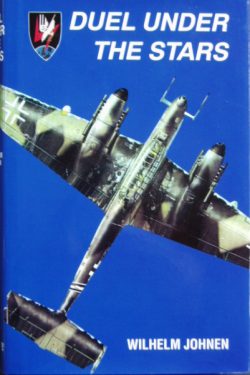 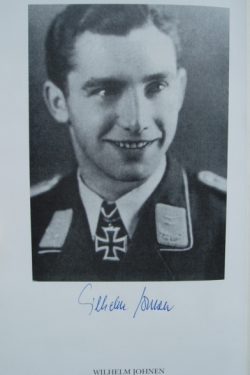 DUEL under the STARS

Signed by William Johnen on the frontispiece under his photograph

This is a Luftwaffe Me 110 night fighter ace’s account of Luftwaffe night fighter operations in WWII.  It was one of the first of its type published in English by William Kimber in 1957 and it has been reprinted many times, including a new paperback this year. His story covers events not only in the air in the night battles over Germany but also of the technological war waged throughout, the decline of the Luftwaffe and the dreadful effect of Allied raids over the Reich.

A scarce, classic Luftwaffe night fighter memoir giving a fascinating and dramatic account of the night air war over Germany ‘from the other side’.