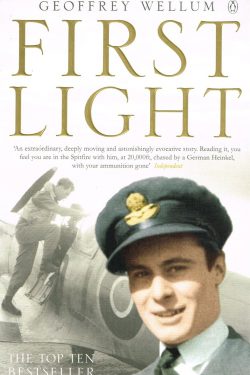 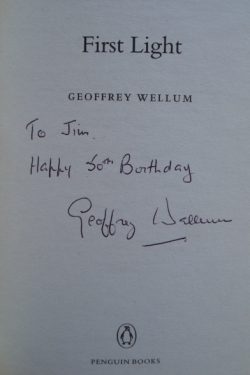 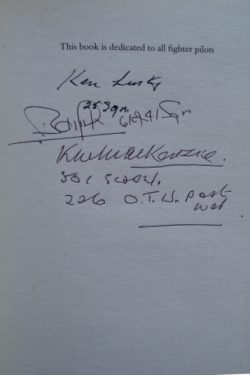 Inscribed & signed by Geoffrey Wellum on the title page

Published by Penguin 2003.  338 pages and well illustrated with photographs.

Fine condition paperback book.  The book is clean and tight having only been opened for signing.

‘An extraordinary, deeply moving and astonishingly evocative story.  Reading it, you feel you are in the Spitfire
with him, at 20,000 feet, chased by a German Heinkel, with your ammunition gone’ ~ Independent

‘Vivid, wholly convincing, compelling. One of the best memoirs for years about the experience of flying in war’ ~ Max Hastings

‘First Light’ is a true modern classic and ranks alongside Hillary’s ‘The Last Enemy’ as a testament to ‘The Few’.