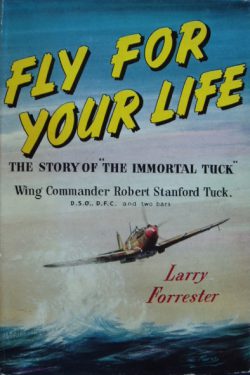 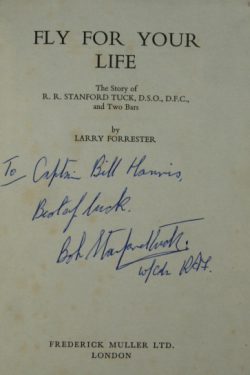 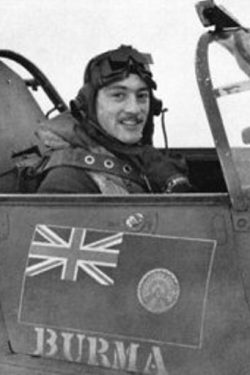 Inscribed & signed by Bob Stanford Tuck on the Title Page

Very Good condition hardback book in blue boards and with gilt titles on the spine.  Internally it is clean with some age tanning to the end papers and a hint of a water stain to the extreme page tips of the first few pages. Very Good condition clipped dustjacket with a bit of edgewear and a small repaired tear to the rear panel.  It looks smart in a protective cover.

This is one of the classic Battle of Britain books and although this copy is not pristine, signed copies are particularly hard to find in any condition.