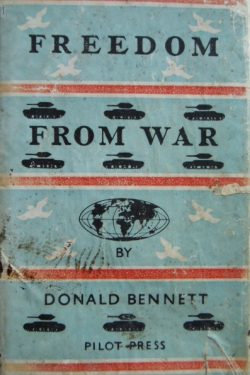 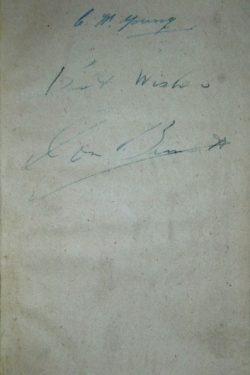 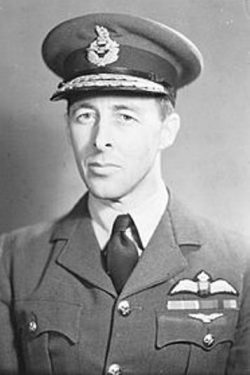 Good condition hardback book in a complete, Good condition dustjacket.  Both the boards and jacket are a bit grubby but the contents are very clean.  The book itself is very scarce and a signed copy is doubly so.

Before the end of the war, Bennett had become convinced that war must be prevented in future and that it could be prevented by the plan he outlines for a Supreme World Congress and an International Law Force.  After sketching the opinions and views of the leading statesmen and of the ‘man in the street’, he elaborates his plan in detail.  Written with burning conviction born of his own experience in war, its horror and futility, this little booklet was his attempt to influence the future but brought upon him the wrath of the Chief of the Air Staff, Portal, who tried to dissuade him from publication, an episode he describes in his subsequent autobiography ‘Pathfinder’.

This is a very collectable book with a period signature and makes a useful companion to ‘Pathfinder’ for anyone with an interest in Bennett.