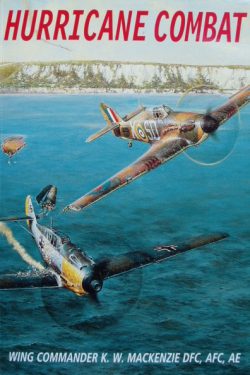 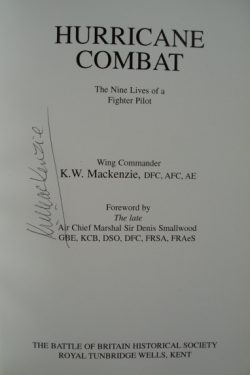 Signed by Ken Mackenzie on the title page

The autobiography of RAF Battle of Britain fighter pilot Ken Mackenzie who flew Hurricanes with 501 Squadron from Kenley. He writes vividly about his operational experiences including his encounter with a Messerschmitt which he brought down by knocking off its tail because he had run out of ammunition.  After being shot down, he was a POW in Stalag Luft 3 where he was involved in both The Wooden Horse Escape and The Great Escape.

A readable memoir of a fascinating life.