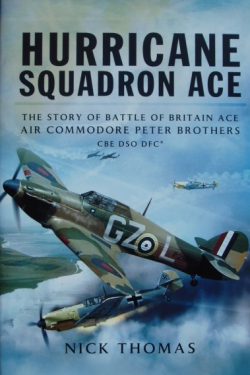 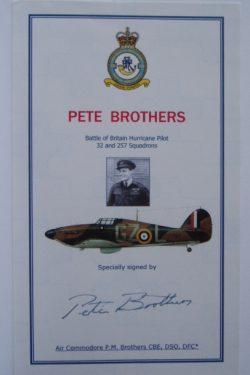 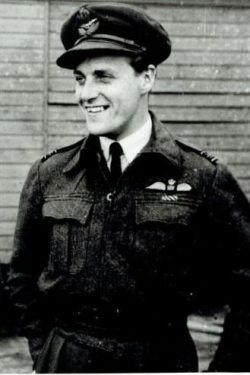 This is the only in-depth biography of Pete Brothers, a distinguished Battle of Britain pilot and fighter leader. He flew with 32 Squadron and Bob Stanford Tuck’s 257 Squadron before being given his own commands including the famous 602 Squadron.  He finished the war with more than 16 victories, 10 of which had been scored during the Battle of Britain.

Postwar, Pete enjoyed a varied RAF career and more recently was President of the Battle of Britain Fighter Association. He was a genial and popular veteran at various commemorative events until his death in 2008 aged 91.

An engaging posthumous biography enhanced by a pictorial bookplate which was signed by Peter Brothers specially for Spitfire Books.

Please contact Spitfire Books to purchase or for more information