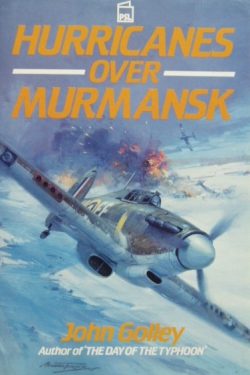 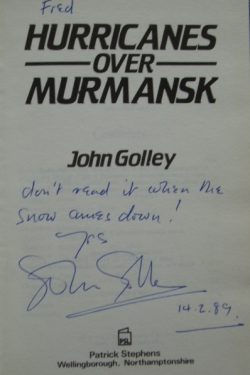 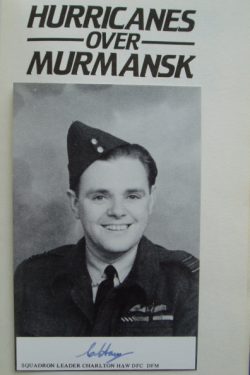 Inscribed and signed by John Golley

In the summer of 1941 on Churchill’s direct orders, Force Benedict saw the deployment of two RAF Hurricane Squadrons to Murmansk.  The aim was to show the quality of the Hurricane aircraft if flown properly and to teach Soviet pilots and their ground crews how to handle the British military equipment that would be soon be supplied to the Soviet Union. This book tells the incredible story of the two squadrons suddenly plucked from Britain to defend the vital ice-free port of Murmansk and their spirited resistance to the ferocious Nazi onslaught. 151 Wing carried out 365 sorties during its stay at Vaenga, claiming 11 Messerschmitt fighters and three Ju88 bombers shot down.  Four ‘Orders of Lenin’ were awarded to British Pilots (the equivalent of the VC), the first time such awards had been given to non-Russians and the only ones given to Allied forces during the whole of WWII which indicates the importance of this expedition in the eyes of the Russians.

The main character in this book is Charlton ‘Wag’ Haw, and the early chapters cover his experiences during the Battle of Britain with 504 Squadron.  He received the Order of Lenin in Russia and the DFM upon his return home.  Shortly afterwards he was commissioned and received the DFC, surviving four tours of operations and becoming a Wing Commander.

The author John Golley was himself a Hurricane and Typhoon pilot and has written about his own war experiences in his autobiography ‘The Day of the Typhoon’.

A gripping account of a fascinating episode of WWII.