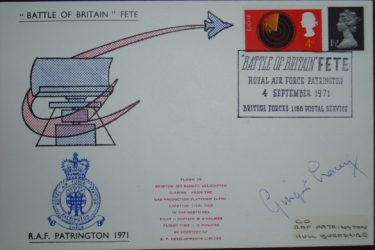 Sergeant Ginger Lacey fought with 501 Squadron during the Battle of France and in the Battle of Britain was the top scoring RAF pilot.  He commanded no 17 Squadron in Burma and flew the first Spitfire over Japan. He finished the war with 28 victories.  His biography was published in 1962 and he retired from the RAF in 1967.  He continued to fly as a light aircraft instructor for many years and he died from cancer in 1989.