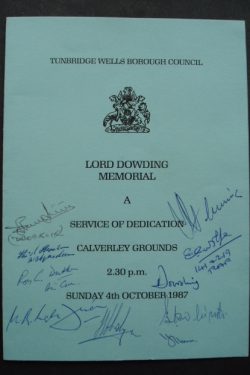 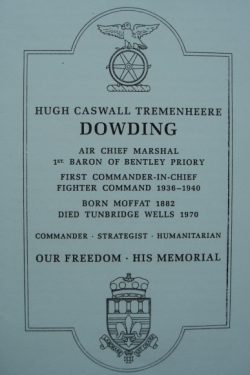 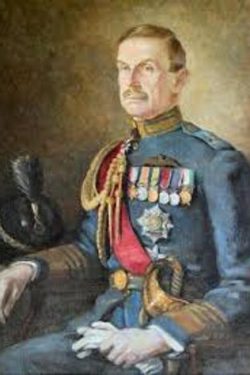 A Service of Dedication Booklet

Multi-Signed by Ten of 'The Few'

Signed by 10 Battle of Britain pilots who attended the event

An A5 sized card comprising 4 sides and with an Order of Proceedings printed inside.

It comes with a leaflet describing Dowding’s achievements and how the Memorial came about.  Squadron Leader Ogilvie was a member of the Memorial Committee and suggested the concluding words of the inscription: ‘Our Freedom – His Memorial’

An unusual Battle of Britain booklet with a nice collection of signatures, some quite scarce.