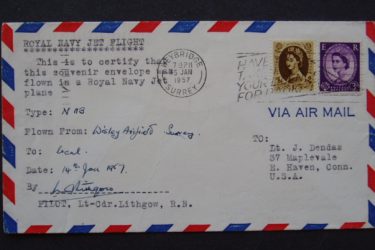 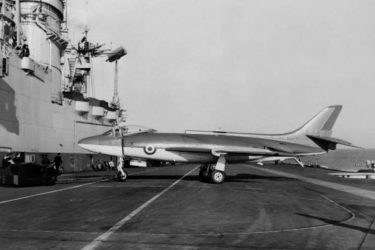 Mike Lithgow joined the Fleet Air Arm in 1939, initially flying Swordfish from HMS Ark Royal and was involved in the sinking of the Bismarck.  He survived a ditching 800 miles from the nearest land and became a naval test pilot, joining Supermarine in 1946.  He became Chief Test Pilot in 1948 and oversaw the development of the Attacker, Swift, Scimitar and later the Vickers Vanguard and BAC One-Eleven.  He briefly held the World Speed Record in 1953 flying the Supermarine Swift.

Lithgow died test flying the prototype BAC One-Eleven G-ASHG from Wisley airfield on 22 October 1963 when during stall tests, the aircraft entered a deep stall and crashed in Wiltshire. 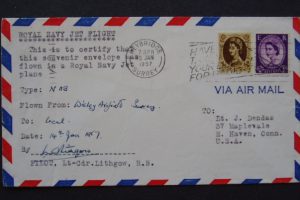