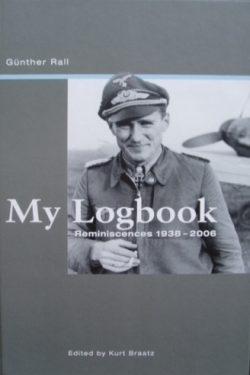 Signed by Günther Rall on the title page

Günther Rall, the third ranking ace of all time with 275 victories, was shot down eight times, broke his back in three places and lost his left thumb.  His story spans a childhood in a defeated country, two world wars, the calamity of the Nazi regime, the Cold War, the jet age, his distinguished service as a NATO military representative, his work with the USAF and his time as the chief of the new German Air Force.

This is a scarce signed book which is a great and absorbing read.