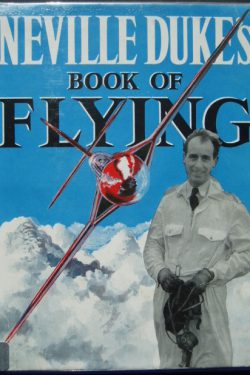 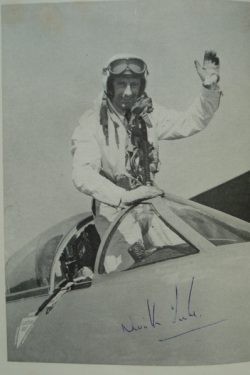 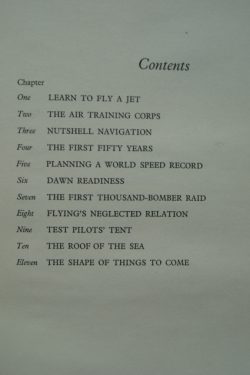 Signed by Neville Duke on the frontispiece photo

From Spitfire pilot with 92 Squadron to world famous record breaking test pilot, Neville Duke was one of the top scoring RAF fighter pilots of WWII, decorated six times for gallantry; post-war he became a household name as Chief Test Pilot for Hawkers and a permanent figure in the gallery of great flyers.

In this book Neville Duke attempts to ‘capture something of the spirit of flying for all, young and old, whose imagination stirs at the thought of God’s great gift of wings‘.  He has described a pupil’s first jet flight in a Vampire trainer, looked at speed record bids, helicopter flying, flying in peace and in war and talked to his fellow test pilots in their tent at the Farnborough Air Show.