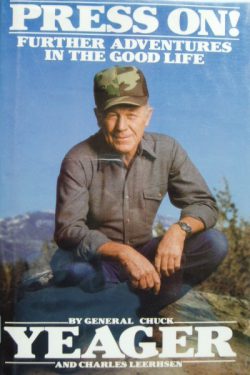 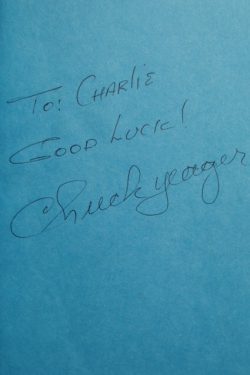 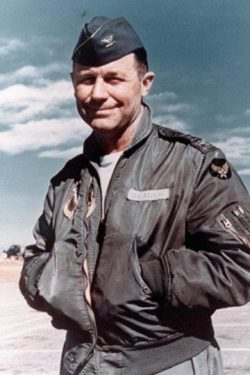 Further Adventures in the Good Life

Charles Elwood “Chuck” Yeager was the first pilot to travel faster than sound in 1947 piloting the Bell X-1. He was also a WW2 Mustang ace who was shot down, evaded capture and returned to fight again, shooting down an Me262. Post-war he had an extraordinary testing career before returning to the USAF as a Fighter Squadron Commander and commanding a wing of tactical bombers in Vietnam. Originally retiring as a Brigadier General, Yeager was promoted to Major General on the Air Force’s retired list 20 years later for his military achievements and flying career that spanned more than sixty years. A true aviation legend.

In his own words and with reminiscences from his wife and fellow fighter ace Bud Anderson, General Chuck Yeager gives an intriguing portrait of his life as a rugged individualist covering everything from flying exploits and tales of travel to fishing advice, family stories, and a live-for-the moment philosophy.