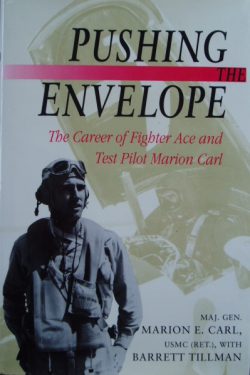 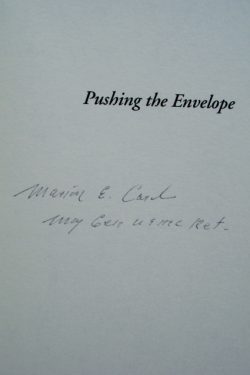 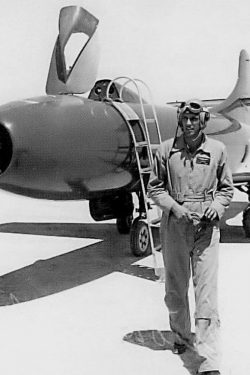 Signed on the half title page by

Qualifying as a test pilot, in 1947 he set a World Speed Record in the Douglas Skystreak and in 1953 set a World Altitude Record in the Douglas Skyrocket.  He also led the first Marine jet aerobatic team.  As a test pilot he flew 30 different experimental aircraft and over his 14000 hour career he flew 260 types of aircraft. Further combat tours saw him fly in Korea and Vietnam.

Such achievements also led to Carl being the first living Marine admitted to the Naval Aviation Hall of Honor, as well as the first Marine to be named to the Navy Carrier Aviation Test Pilots Hall of Honor.  He retired as a Major General in 1973 having been awarded 2 Navy Crosses, 5 DFCs, 4 Legion of Merits and 14 Air Medals.  He died in 1998 whilst tackling an armed intruder in his home and was buried with full military honours at Arlington.

This is a very scarce flat signed copy of the autobiography of one of the USMC’s greatest aviators, both a combat ace and test pilot.