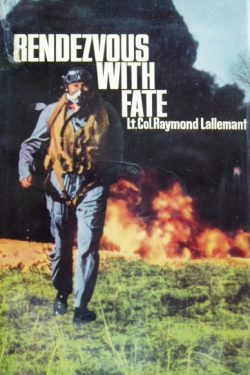 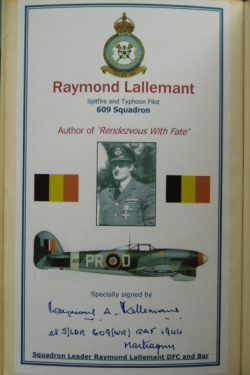 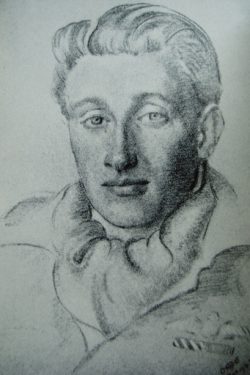 The story of a Belgian fighter pilot in the RAF

Raymond Lallemant escaped from Belgium when the Germans invaded, completed his training in England and joined the famous 609 Squadron at Biggin Hill as a Sergeant Pilot. Three years later he was 609’s Commanding Officer flying Typhoons over Normandy. Soon after that, during the Arnhem action when his plane was hit and caught on fire, he experienced perhaps the most dramatic escape from death by burning ever to have been described.

He spent several months recovering from the burns to his hands and face. Awarded his second DFC, he returned to duty as OC, 349 (Belgium) Squadron. He flew Spitfires over occupied Germany until he was forced back to England for more “guinea-pig” plastic surgery. Returning to his native country, Lallemant remained in the Belgian Air Force, where he served first as Director of Operations, and then became Commander of a fighter wing at Florennes. He spent a year at Maxwell AFB, Alabama, at Air War College and then returned home to a variety of assignments, including Command of the Belgian Fighter School and a staff tour at NATO Military Headquarters. He retired from active service in 1972 as a colonel.

An uncommon book which has some particularly vivid descriptions of 609 Squadron operations and flying the ‘Tiffie’ in action.