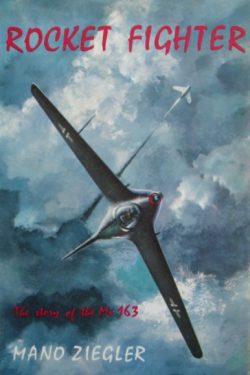 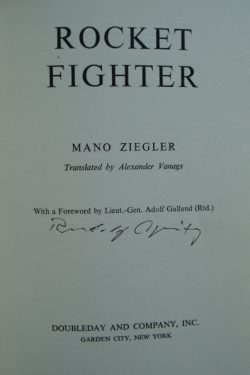 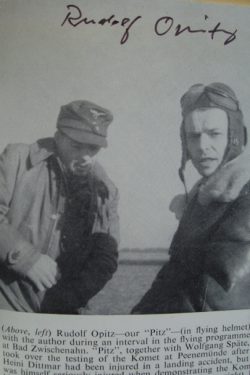 The Messerschmitt Me-163 Komet

The flight testing of the world’s first fully controllable rocket aircraft, the Me163, is one of the most dramatic chapters in aviation history. The author was one of the pilots entrusted with the operational development of this incredible aircraft and this is a remarkable story.

Rudolf “Pitz” Opitz was one of Germany’s most famous test pilots. Because of post-World War I aviation restrictions, he began his flying career in gliders. Born in 1910, he built his own glider in 1934 and soon was an instructor at Germany’s famous Wasserkuppe flying school. Three years later he became involved in test flying and piloted many of Alexander Lippisch’s glider and tailless aircraft. With the start of World War II, he joined the Luftwaffe as a glider instructor and, on 10 May 1940, flew in the pre-dawn raid on the Belgian fort of Eben Emael-reportedly the strongest fortification in the world.

In a matter of minutes, this first ever use of military gliders in combat secured the fort and two strategic bridges over the Albert Canal, thus paving the way for the German blitzkrieg into the low countries. After this mission, “Pitz” resumed his test pilot duties and was assigned to the top secret Project X, a program to develop the world’s first operational rocket interceptor–the Me-163 Komet. This aircraft was a tailless design that soon shattered all existing speed and time-to-climb records. Carrying only 4 minutes of rocket propellant, it was designed to take off and intercept high-flying bomber formations in just 90 seconds.

After attacking with its two 30-mm cannons at speeds approaching 600 mph, the Me-163 became a glider and demanded extraordinary skills to relocate the field and safely land on the first pass. As chief test pilot, “Pitz” flew the Komet with its highly volatile rocket fuel and survived numerous near-fatal crashes. At the end of the war, he was Commander of the Second Group of JG 400, an Me-163 equipped fighter wing. Following World War II, he came to the US as part of Project Paperclip to work as an engineer and test pilot at Wright Field, Ohio

In April 1945, Rudolf Opitz test flew an Me-163 Komet that had experienced engine problems on the previous combat mission. As he rotated for take off, a fire broke out and “Pitz” performed a max-power zoom to set up for a bailout. Because of fire damage to his parachute; however, he was forced to make an emergency landing, even though blinded by smoke in the cockpit. Touching down in a pasture, the Komet crashed through a wall and sailed over a creek bed before stopping. Rescue crews found a smouldering wreck where the Komet, with its explosive fuel, had disintegrated. Miraculously, “Pitz” had managed to crawl from the wreck moments before, and the rescue squad found him lying unconscious in the creek bed-a typical day’s work for a Komet test pilot.