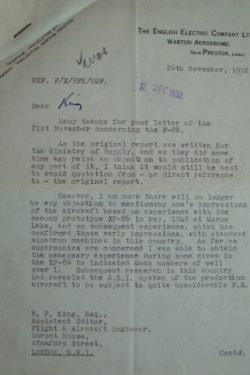 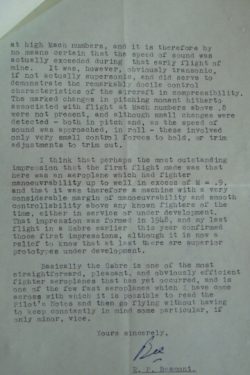 ROLAND ‘Bee’ BEAMONT.  From flying Hurricanes in the Battles of France and Britain to leading a Typhoon Squadron and later a Tempest Wing into action, Roland Beamont became one of the world’s foremost test pilots. His experiences during 40 years of test flying include production testing the wartime Hawker fighters, developing Britain’s first jet fighter, the METEOR; Britain’s first jet bomber, the CANBERRA; Britain’s first supersonic fighter, the P1 (which became the LIGHTNING); the fabulous but ill fated TSR2 and the modern JAGUAR and TORNADO amongst many others.

HF King.  A pre-war aviation journalist who served with the RAF during WWII and went on to become Editor of Flight magazine and the author of several definitive books on aviation subjects.