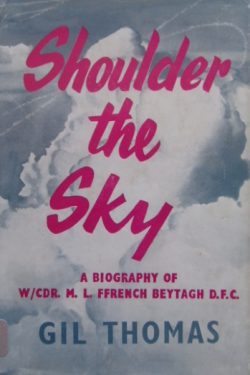 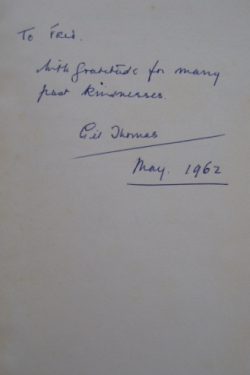 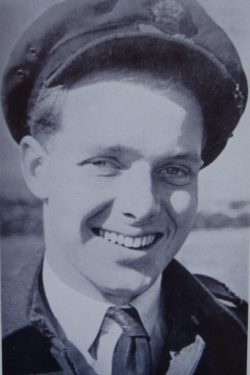 Signed by the author, Gil Thomas on the front end paper and by
Wing Commander John Freeborn DFC* on the half title page

Thomas: ‘With Gratitude for many past kindnesses, May 1962’

Freeborn: ‘How pleased I was to read about Mike Beytagh, squadron commander of 602 Squadron.  We spent many happy hours together’

Mike Beytagh was a most unusual character. Fair haired and blue eyed, he was a fighting Irishman, full of blarney and courage, selfish, self centred, yet capable of extreme generosity; loved and hated he overcame tremendous early hazards to become a fighter pilot and war hero.

After an unusual childhood Mike joined the RAF in 1936.  He fought in the Battle of Britain with 73 Squadron and moved with the squadron to fight in the Western Desert. In January 1943 he was appointed CO of the famous 602 Squadron where one of his colleagues was John Freeborn – see picture below.  Another great RAF friend was Jas Storrar who features prominently in this book.