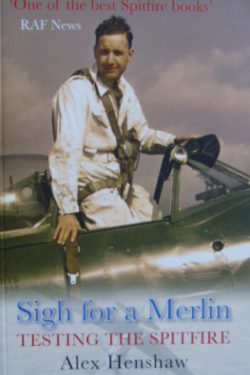 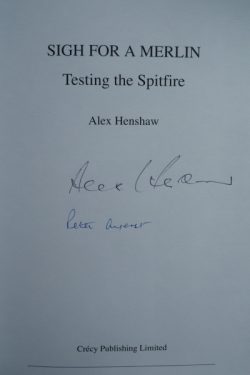 Peter Ayrest did a tour as a production test pilot at Castle Bromwich as part of Henshaw’s team just after the war ended and is mentioned on page 183.  As part of his training he was on board a Lancaster, learning the ropes, when Henshaw demonstrated a barrel roll (as described in Ayerst’s memoir ‘Spirit of the Blue‘).

This is one of the classic books on the Spitfire and is essential reading for any enthusiast and a perfect gift for a Spitfire fan.