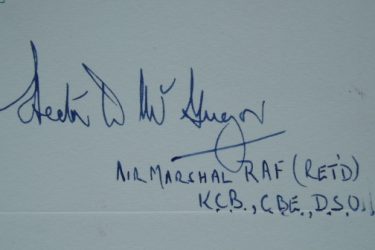 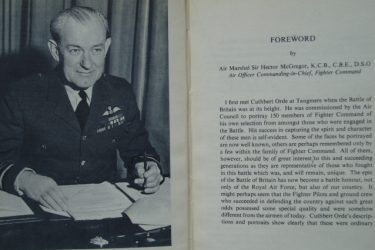 Sir Hector wrote the foreword in ‘Some of the Few’

‘I met Cuthbert Orde at Tangmere when the Battle of Britain was at its height.
He was commissioned by the Air Council to portray 150 members of Fighter Command
of his own selection from amongst those who were engaged in the Battle.
His success in capturing the spirit and character of these men is self evident…..’