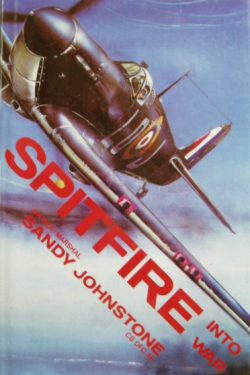 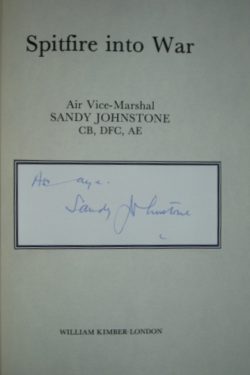 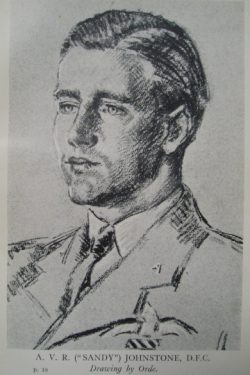 Fine condition hardback book and dustjacket.   A practically mint condition copy of this book.  Clean, tight and bright in a protective wrapper. Superb.

Sandy Johnstone was the CO of 602 (City of Glasgow) Squadron during the Battle of Britain and was credited with 8 victories and 4 probables.  Later, he led a Spitfire wing during the Siege of Malta and was involved in the planning of D-Day.  This vivid and readable book recreates the tense drama of the daily life of a fighter pilot during those crucial days and also gives an insider’s account of the unorthodox arrival of Rudolf Hess in Scotland.

Wing Commander Hector Maclean, author of ‘Fighters in Defence’, writes: “Fortunately for posterity, Sandy Johnstone, who served in the Squadron during my time and beyond, kept a diary recorded verbatim in his book ‘Spitfire into War’. His account of the Squadron during the defensive phase of its operations, as the events took place, trumps most of what I can add sixty years later; so would there be any point in publishing a story that had already been told so well?  However Sandy was a B Flight pilot until he took command of the Squadron in July 1940.  I could therefore fill in some of the gaps and a little more about the other half of the squadron which consisted of A Flight in which I served from November 1935 until 26th August 1940 when my contribution came to an abrupt end in St Richard’s Hospital Chichester.“