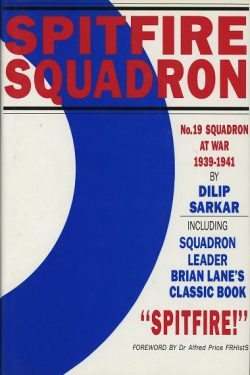 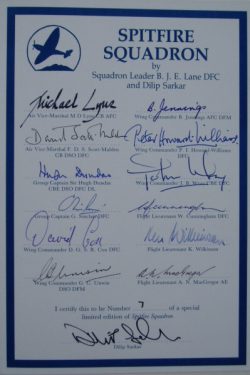 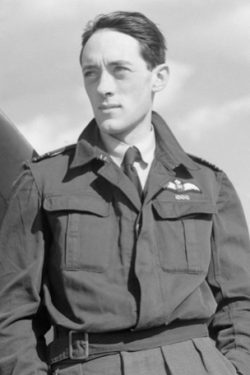 Part one of this book is a reprint of Squadron Leader Brian Lane’s classic wartime book ‘Spitfire!’ and Part two is the story of Brian Lane DFC and 19 Squadron 1939-41 written by Dilip Sarkar.

This is an excellent book which fills in many details and background to one of the first and most evocative published contemporary accounts of the Battle of Britain.  The exploits of an interesting and pioneering squadron (first to be equipped with the Spitfire and first with cannons) are covered together with a biography of Brian Lane whose photo is often used as ‘the face of the Battle of Britain’ and who was tragically killed on his first mission on his return to ‘ops’ in 1942.