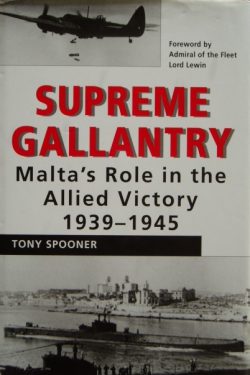 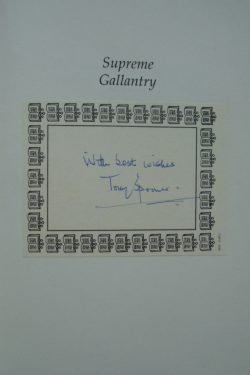 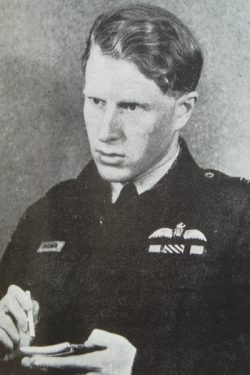 Bookplate signed by Tony Spooner on the half title page

Tony Spooner was an outstanding wartime RAF pilot, serving in Malta where he commanded Luqa’s Special Duties Flight, and on anti U boat patrols in the Atlantic before embarking on an equally distinguished post-war career as an airline pilot with BOAC. He wrote several books on Malta and its outstanding personalities and was Vice President of the George Cross Island Association.

The first detailed account of the attacks made from Malta during the Second World War, an island of immense strategic importance to the British and their allies. Had Malta fallen then Rommel would have had all the supplies he needed to threaten the vital oil fields of Egypt. From this British Mediterranean bastion, bombers, submarines and surface ships continuously attacked the German and Italian supply train, sinking scores of enemy ships.

After Rommel was beaten in North Africa, Malta became the springboard for the invasion of Italy and Hitler spared nothing in his counter-attacks, moving U-boats from the Atlantic and a million troops from the Russian front.

The author, who took part in these attacks, recalls the deeds of the Royal Navy and RAF, the role of ULTRA, and the courage of the people of Malta itself.

An interesting, comprehensive and well written book about the vital part played by Malta in WWII.