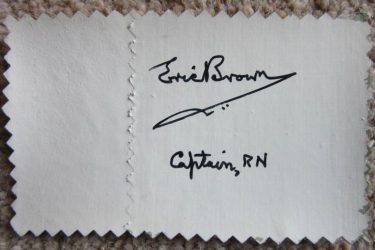 Eric Brown’s autobiography is titled ‘Wings on my Sleeve’
He also wrote ‘Wings of the Navy’ and ‘Wings of the Luftwaffe’ as well as several other volumes.