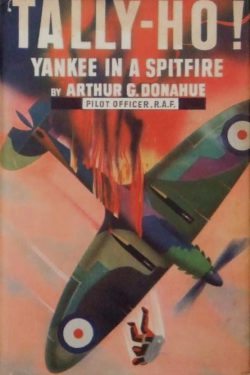 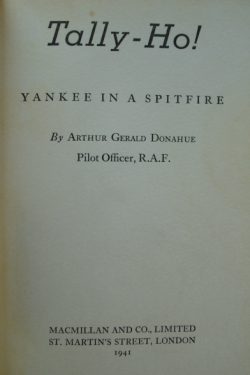 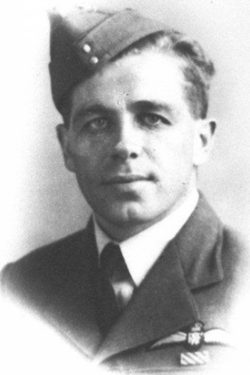 Yankee in a Spitfire

A Very Good condition book; clean and bright with a solid binding and an RAF roundel embossed on the spine. The original colourful dustjacket is bright, unclipped and in remarkably good condition for its 80 years with just a small amount to loss at the base of the spine. It is now protected with a clear cover.

This book was published in the USA before Pearl Harbor and had a significant impact on the public perception of the RAF and the war in Europe. The UK edition was published in 1942 and was a far less substantial volume due to wartime paper restrictions.

Arthur “Art” Donahue was the very first American who volunteered to join the Royal Air Force in the early days of the Second World War. Flying a Spitfire in the Battle of Britain, first with 64 Squadron, then with the newly formed 71 ‘Eagle’ Squadron, he became the first American fighter pilot to fly in action in the Second World War, he was the first US pilot to shoot down a German aircraft, as well as being the first American pilot to be shot down in combat during the war. He was also the first (and one of only two) of the early American pilots to be awarded the British DFC.

After a tour in the Far East,  Donahue returned to Britain and was killed in action on 11 September 1942, while a member of No 91 Squadron. Attempting to intercept a Ju 88, his plane was hit by return fire which crippled his engine and forced him to ditch in the English Channel. His body was never found. Donahue once wrote in a letter to his parents, “My life may not be long, but it will be wide.” He is commemorated on the RAF Memorial at Runnymede.

A very pleasing copy of a scarce wartime book which deserves a place on any Battle of Britain bookshelf.