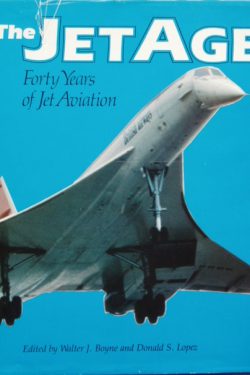 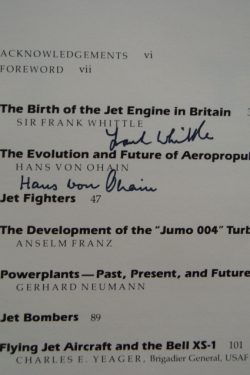 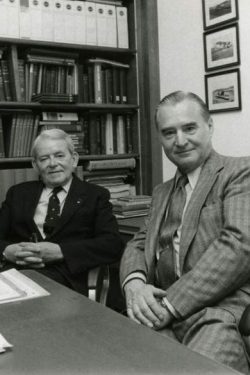 Signed on the Contents page by jet engine pioneers

This collection of essays is compiled from lectures presented at a symposium held on Oct 26, 1979 and sponsored by the Air & Space Museum. They were written by a group of people uniquely qualified to discuss their subject as they were either the original pioneers of jet aviation or those who developed it during its first four decades.

An interesting and scarce book with the two highly collectable signatures of the jet pioneers.  It is sobering to consider that it now forty years since the publication of this book to celebrate the first forty years!