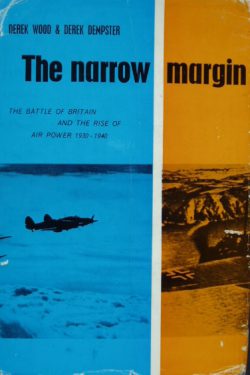 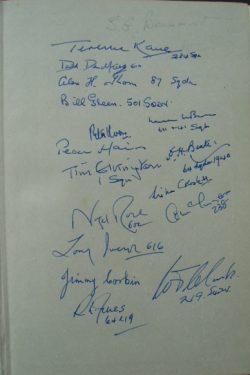 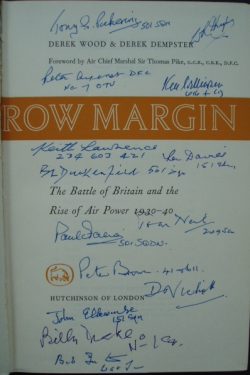 Very Good condition hardback book in a Very Good condition dustjacket which is edge worn and has reinforcement but looks smart in a protective cover. The book has Beaumont’s ownership signature at the top of the front end paper in pencil and  there are copious neat margin notes on many pages relevant to 609 Squadron’s part in the Battle.

This was the first attempt at an comprehensive and authoritative account of the events leading up to the Battle of Britain and of the Battle itself. It gives a day by day summary of events and important and useful appendices which incudes all the group, station and squadron commanders and a list of The Few.

This is a fantastic collection of Battle of Britain signatures in a very appropriate book which actually belonged to one of the Few.