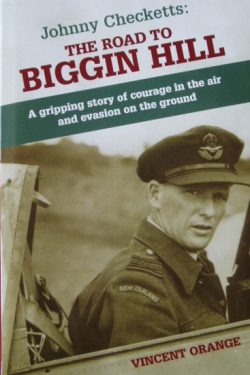 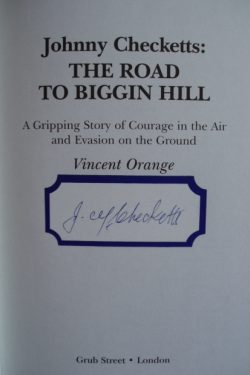 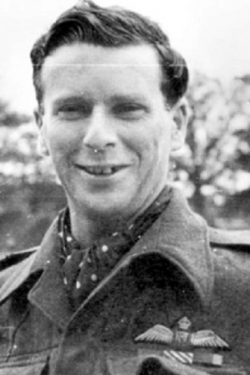 The ROAD to BIGGIN HILL

Johnny Checketts was one of the great fighter pilots of WWII. Well over the average age for a wartime pilot, he was mentored by Al Deere, became an Ace and commanded 485 (NZ) Squadron. After being shot down he evaded capture and returned to lead a Spitfire Wing in the invasion of Europe.

A lovely copy of this interesting biography with a neat signed bookplate.  The book was published just a few months after Johnny’s death in Christchurch, New Zealand in 2006 – he was a true and modest hero.