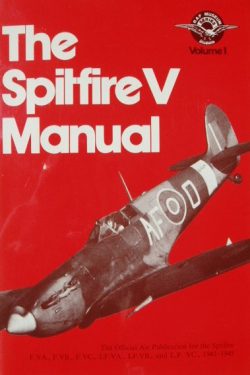 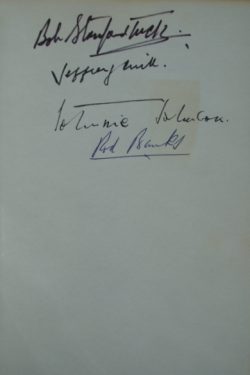 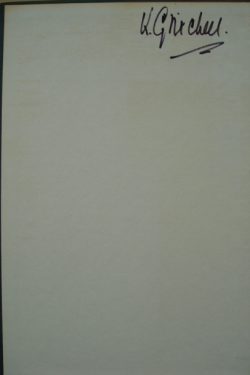 Spitfire V Manual belonging to Spitfire designer RJ Mitchell’s son, Dr Gordon Mitchell,
with his ownership signature on the inside front board

Also signed on the front end paper by:

The Spitfire V was the third major production type of the breed to see service with the RAF.  It entered service in March 1941 and over 6000 aircraft were produced until production ended in October 1943.  It served in every operational area and it is generally regarded as the classic of the ‘pure’ Spitfire – the epitome of the breed before the more muscular versions appeared.

Originally published by the Air Ministry, this book is an authentic reprint of the actual workshop manual used by RAF personnel who flew and maintained the Spitfire V.  It contains all the essential technical details, pilot handling notes, instructions for groundcrew, construction and wiring data and with over 170 illustrations this is an essential reference source.

A unique RJ Mitchell Association copy of this book containing a wealth of information on the Spitfire and a great collection of signatures.