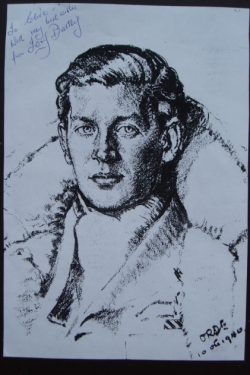 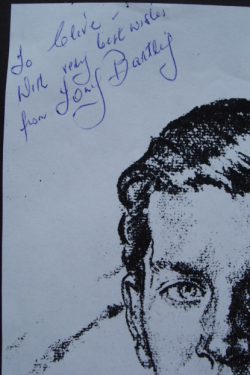 Very Good condition.  Measures 21 x 14 cm and it neatly fits into a copy of Bartley’s autobiography ‘Smoke Trails in the Sky’.

He spent a rest period as a flying instructor and then as a production test pilot at Vickers Supermarines before returning to operations in February 1942 as a flight commander with 65 Squadron and then in May he became the Squadron’s CO. The following August he was appointed to command 111 Squadron in North Africa and he returned to the UK in January 1943 after the end of his tour and flew with the Americans over the D-Day landings.  After the war he married the famous actress Deborah Kerr.