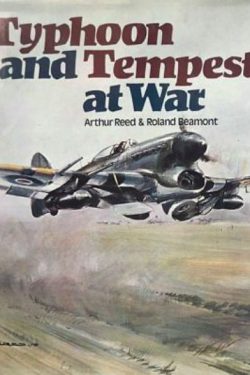 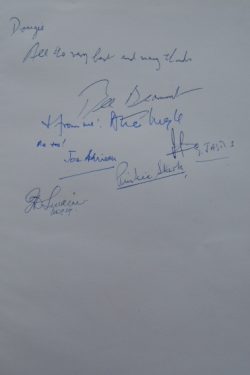 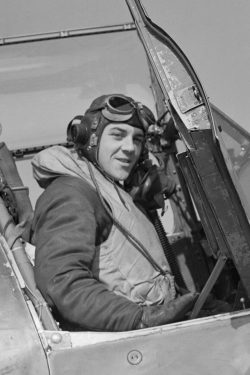 TYPHOON and TEMPEST at WAR

The Hawker Typhoon and Tempest Story

Roland Beamont was a distinguished Battle of Britain fighter ace, leader and later an outstanding test pilot.  In this book, the authors describe the development of  the Typhoon and Tempest and their various roles in WWII.  Bee conducted many of the Typhoon test flights, commanded the first Typhoon squadron to specialise in ground attack, led a Tempest wing on D-Day operations and championed the fighters when others were pressing for their cancellation.

Often overlooked due to the many frustrations and disappointments during development, the inspired Sydney Camm design which started the war as the Tornado and finished up as the Fury/Sea Fury became a series of potent fighters in the war against Germany; the Typhoon in the ground attack role and the Tempest as an interceptor when the V-1 rockets arrived in the later part of the war.

A great book about these mighty Hawker fighters with a nice, relevant collection of signatures.