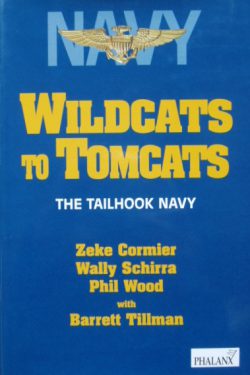 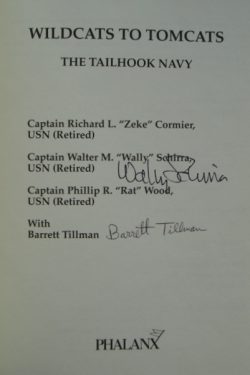 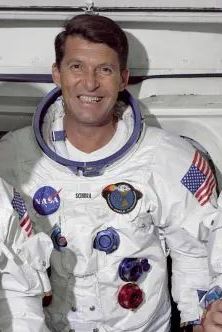 Signed by the co-author and

Zeke Cormier. Grumman Avengers in the Pacific war; an ace on Hellcats; an early member of the Blue Angels (F9F Panthers) and then sea commands.

Wally Schirra. Scored two victories over MiG 15s in Korea, became a test pilot and then was selected as one of the Mercury 7 astronauts.  He went into space on each of the Mercury, Gemini and Apollo programs – the only astronaut to do so.

Phil Wood. Flew 3 combat tours in Vietnam then commanded a squadron, a Carrier Air Group and then the carrier USS Kitty Hawk.

A great set of flying stories told with authority and humour and enhanced by the collectable signature of astronaut Wally Schirra who passed away in 2007.