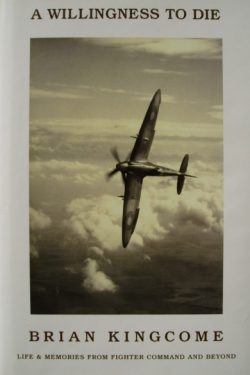 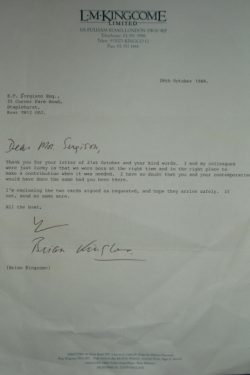 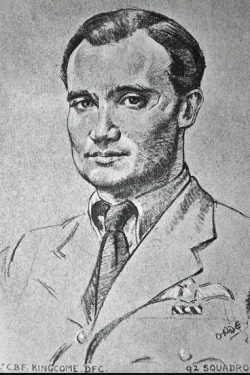 A WILLINGNESS to DIE

Life and Memories from Fighter Command and Beyond

‘I and my colleagues were just lucky in that we were born at the right time
and in the right place to make a contribution when it was needed. I have no doubt
that you and your contemporaries would have done the same had you been there.’

Fine condition hardback book book and dustjacket. Clean tight and unmarked.  The laid in letter is on LM Kingcome Ltd paper, a company of which Brian and his wife were directors. The letter is in Very Good condition with some light handling creases and two folds.

Another gripping insight into the exploits of the famous 92 Squadron.  Brian Kingcome was 92 Squadron’s acting CO throughout much of the Battle of Britain. He states:

An excellent posthumously published autobiography with a scarce Kingcome signature.