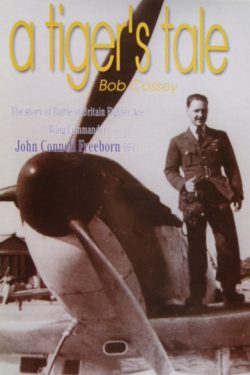 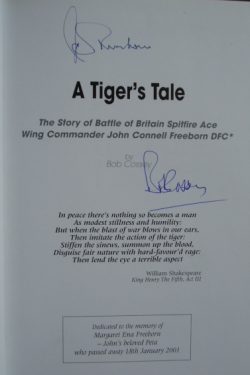 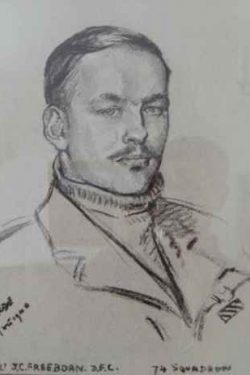 Signed on the title page by the author and

Also signed on the opposite page by Derek Morris, Johnny’s Fitter on 74 Squadron, 1939/40

Wing Commander John Freeborn DFC* (12 victories) was a pilot on 74 (Tiger) Squadron between 1938-41 and was one of Sailor Malan’s Flight Commanders. He also had the distinction of flying more hours than any other RAF pilot during the Battle of Britain. He flew with 602 Squadron, commanded 118 Squadron and then led 286 Wing in Italy before retiring from the RAF in 1946.