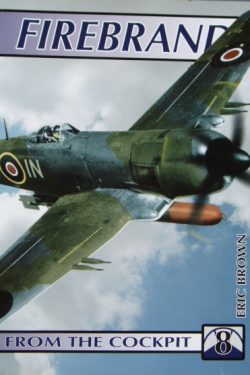 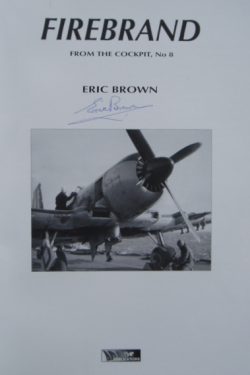 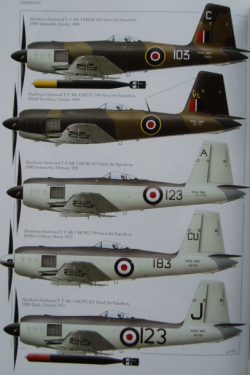 FIREBRAND ~ From the Cockpit

From the Cockpit No 8 published by Ad Hoc Publications. First edition 2008.  100 pages with lots of photos plus colour profiles.

The Blackburn Firebrand was a single-engine strike fighter for the Fleet Air Arm designed during World War II by Blackburn Aircraft. Originally intended to serve as a pure fighter, its unimpressive performance and the allocation of its Napier Sabre piston engine by the Ministry of Aircraft Production for the Hawker Typhoon caused it to be redesigned as a strike fighter to take advantage of its load-carrying capability. The engine was changed to a radial Centaurus but development was slow and the first production aircraft was not delivered until 1945. Only 220 were built though it continued in front line service until 1953.

In Captain Eric Brown’s opinion the aircraft was “short of performance, sadly lacking in manoeuvrability, especially in rate of roll”. The position of the cockpit even with the trailing edge of the wing gave the pilot a very poor view over the nose, inhibited his ability to view his target and to land his aircraft aboard a carrier, sufficient for Brown to call it “a disaster as a deck-landing aircraft”.

However, in this fascinating book, Eric Brown has compiled a series of contributions from more than a dozen former Firebrand pilots who flew the aircraft in a variety of roles and offers a very readable insight into a neglected and rather unloved fighter.

This is a quality production, well researched, on good paper with a stitched binding so it won’t fall apart with the years of use.  The informative text is profusely illustrated with superb black and white photographs (many previously unpublished) of the Firebrand in action, on the ground, on the deck, in the air and occasionally in a heap! The detail contained here provides a fantastic resource for enthusiast, historian and modeller.

This is undoubtedly the best book on the Firebrand, enhanced by a great signature.