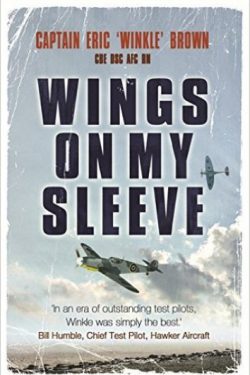 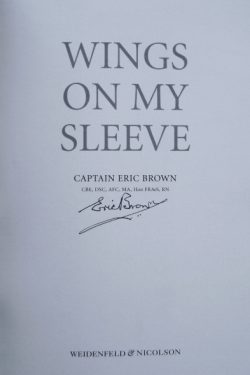 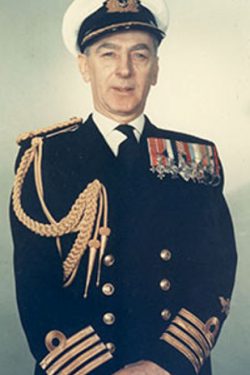 WINGS On My SLEEVE

Signed by Eric Brown on the title page

Originally written in 1961, this is the fully revised, updated and expanded autobiography of the incredible Eric ‘Winkle’ Brown.

Known as ‘Britain’s Greatest Pilot’, Eric died in 2016 and this book is testament to his incredible flying life and achievements.